….well sort of!   In an effort to establish a useable color for the helmet, I decided to have a close up look at my 1/18 scale Exoto diecast 312T4 (which contains a really nicely finished driver figure).  From the many reference photos I’ve seen of his helmet, it’s hard to determine the actual shade of blue used.  I suppose it depends on all sorts of variables including reflected light etc, and in trying to replicate any color on a miniature, the main variable (in my own opinion) is: “does it look right”?   So in an effort to finally decide what shade I should use, I got this wonderful diecast out to have a closer look and “lo and behold”, it’s more of a Charcoal Blue than anything else – but it “looks right”!   So back to the drawing board in terms of color mixing!  I’m building three Villeneuve figures, but with all the spare helmets which come with the kits, I’ve ended up doing six in the hope of getting three of them “looking right”!  So far I’ve just used some watery acrylic to get an idea of shade and outline and as I don’t have any useable decals, I’ve roughly plotted where the two main colors sit -it all needs to be properly masked etc.  While I was looking at this diecast, I decided to take a whole load of photo’s of it (camera is working again!) and give it some prominence on my site by devoting a gallery to it up on the top left of the page or click here : Gilles Villeneuve Exoto 312 T4 – In the meantime, I’ll start mixing that Charcoal Blue! 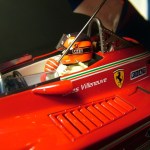 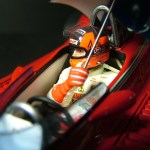 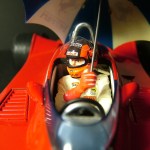 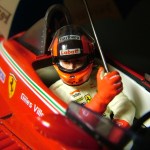 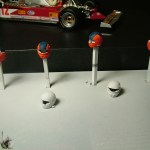 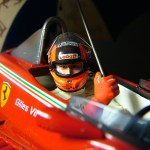 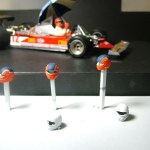 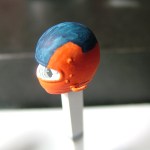 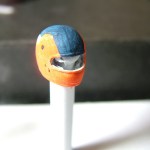 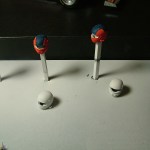