The sport of Motor racing has over the years provided us with many wonderful characters who were not only colourful and enigmatic “on the track”, but also “off it” as well!   The late great Tazio Nuvolari was one such individual who’s racing career spanned three decades from the early 1920’s on both two wheels and four.  There are numerous accounts of his heroic driving exploits, wonderful driving skills and gritty determination to defy all the odds “pressing on regardless” to complete the race and in many instances, to snatch victory  – “the stuff of legend”.  I have always found him a fascinating individual and the recent arrival of two books (in the post) have prompted me to create a couple of figures of the “Flying Mantuan”!  Both books are filled with great photo’s (some of which I have never seen before) and the book entitled; “Nuvolari – The legend lives on” (in English) is a wonderful biographical account of the man together with a chronology of his racing career.  So armed with some of these images, I’m in the process of modifying two suitable ’43rd scale metal figures, which I will then recast in a limited run. The Denizen casting (originally a male spectator) will convert nicely to represent Nuvolari at the wheel of his Alfa Romeo or Auto Union and the other a Scalelink figure (originally a motorcyclist), will be ideal to represent the great man “on two wheels”!  So far, I have much of the basic “bulk work” done, and by adding a little more detail they should be both ready to ship off to my colleague, John Murphy who is a whizz at the mold making process!,  Cheers for now, 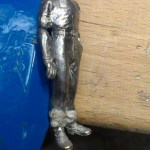 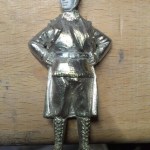 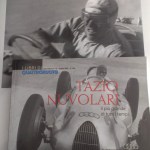 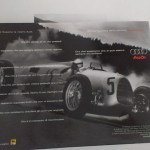 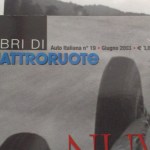 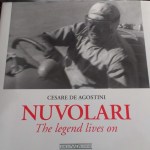