The famous Italian racing driver Tazio Nuvolari was born in a small town called Castel D’ario on the outskirts of the city of Mantua in the  Lombadry region of Northern Italy.  Famed for his tenacity speed and skill as a succesful racer (on both two wheels and four), he is often adoringly referred to as the “Flying  Mantuan”.  A famous poet of the era was among many of Nuvolaris admirers, and on meeting him, he presented Nuvolari with a small ornamental golden tortoise accompanied by the words; “To the fastest man in the world, the slowest animal”.   From then on Nuvolari adopted the tortoise as his talisman and he incorporated it into his own personal “TN” monogram displayed on both his clothing and his cars.  Below are a pair of metal Nuvolari figures and in the background a resin “TN” emblem cast in resin. 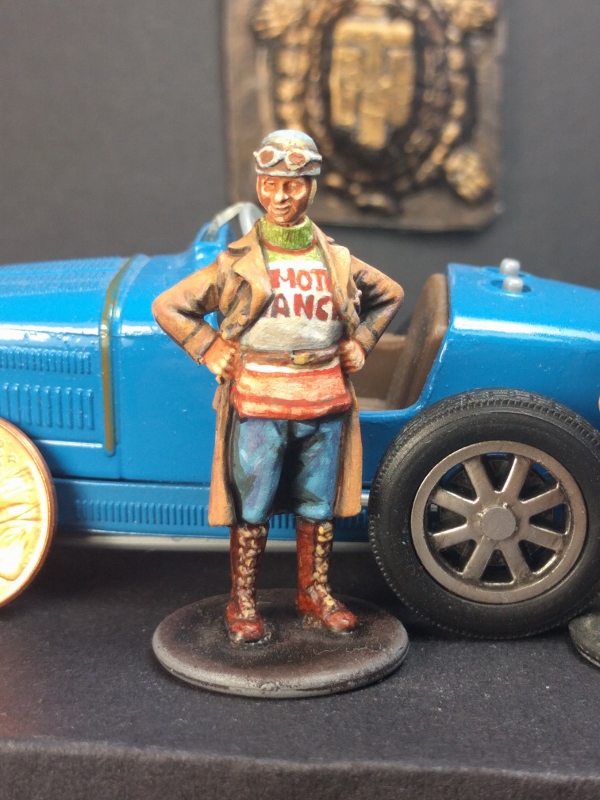 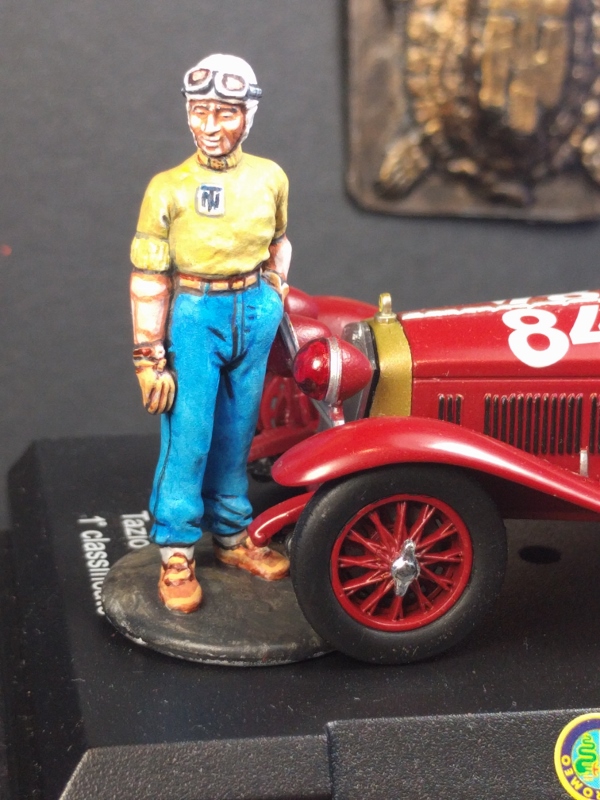 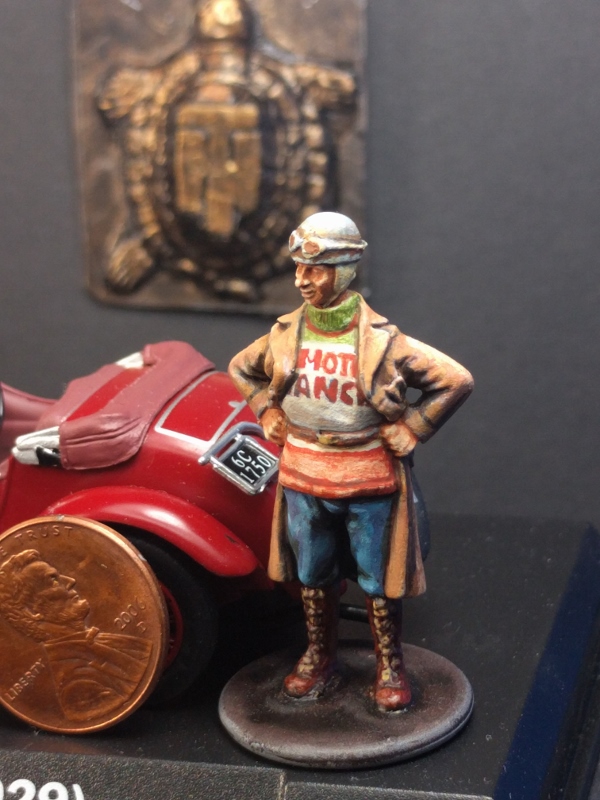