Well the mysterious “Third man”, turns out to be none other than; Jenson Button! In 2009 he was F1 World Champion, and one of his podiums from that year was; China, when he finished third behind the Red Bulls.Â  The Brawn car and figure is by Minichamps, however, to bring them together as a “top 3” diorama, I might substitute the figure of Button with a more suitable version by Racing Dioramics.Â  The Dioramics figure might also require some modifications (to the arms) in order to give him a more “inclusive pose”! Â  More on these later. 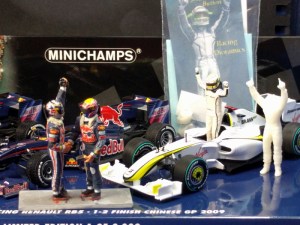 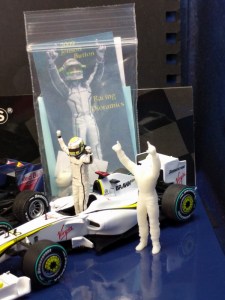 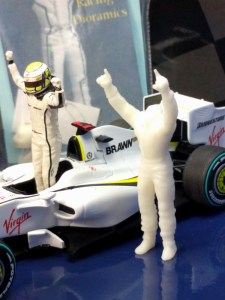